Christopher Martin On How Friendship With Usain Bolt Impacted His Career; Whether Dancehall Influences Crime!

Reggae-Dancehall artist Christopher Martin has been reaping success in the music industry ever since winning Digicel’s Rising Stars talent show in 2005. He’s also a friend to the world’s fastest man and Jamaica’s Olympic champion Usain Bolt.

In this interview, the I’m A Big Deal singer shares how that friendship has made him work harder to achieve his goals and stay relevant in the music industry.  Martin says he does not fully agree that Dancehall music causes crime and shares that he too does not own his music masters …but he is ok.

Christopher Martin, how are you doing?

I remember being at the club and they turned off the music to let the entire club watch you win rising stars on the TV screen, what was that like to enter rising stars?

I was finishing 6th form and all my friends were doing what they needed to do and I heard about rising stars. I had a group of friends I used to sing with and I told them, they said they weren’t feeling it, but on the day of the auction I saw them with a different lead singer. I was like yo you coulda tell me. (laughs) but they entered and me entered and you know the outcome already. It built my character. 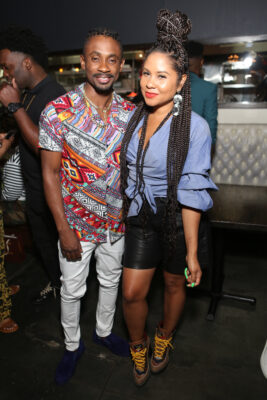