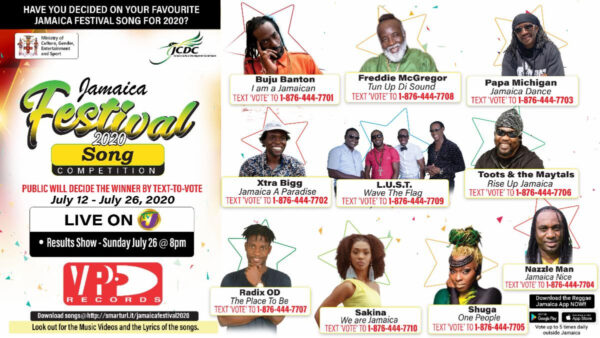 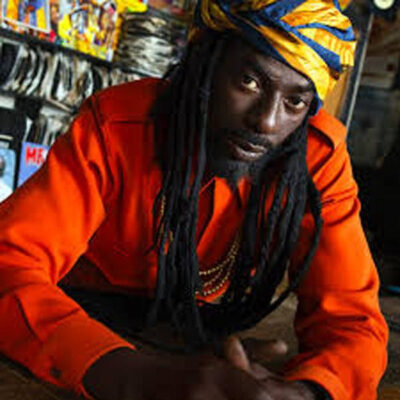 VP Records would like to congratulate the finalists of the Jamaica Festival 2020 Song Competition. The results show aired this past Sunday on VP Records YouTube Channel.
Buju Banton took the top prize with his entry “I am a Jamaican”, while Papa Michigan placed second with “Jamaica Dance” and Sakina Deer third with “We are Jamaica”. The winners were decided by the public by text-to-vote and via the Reggae Jamaica app.
Distributed by VPAL Music, the festivals 10-song album is now available for download or streaming. Commenting on the development, the Minister of Culture, Gender, Entertainment and Sport, the Honourable Olivia Grange said: “Through streaming technology these qualifying songs are available worldwide and that expands the stage; the world is now our stage for the Jamaica Festival Song competition. It is historic.”
Other finalists in the 2020 Jamaica Festival Song Competition included Reggae icons Freddie McGregor, Toots & The Maytals, Nazzle Man, L.U.S.T. (featuring Lukie D, Thriller U, Singing Melody & Tony Curtis) and Jamaica’s Rising Stars winner Shuga, upcoming dancehall artistes Xtra Bigg and Radix OD. The move to package the Jamaica Festival Song finalist entries available for downloads and streaming is part of Minister Grange’s initiative to revitalize Jamaica’s annual Song Festival.
Minister Grange said: “Jamaica Festival used to ignite the country and bring the nation together in such a beautiful way. We want to bring back that feeling of national unity and hope. We have made tremendous strides, but we have more to do.”
As previously stated, Buju Banton is donating his portion of the 3 million prize package winning to the Sunbeam Boys’ Home in Old Harbour, St Catherine. “Yes, it’s a great feeling to win. However, the feeling is greater when I observe the attention and the vibe surrounding this whole competition. It’s like something I experienced when I was much younger, so that is what brings me so much more joy,” he told the Jamaica Gleaner.
VP RecordsBuju Banton, Jamaica Festival 2020 Song Festival