“I’m here to preach and to practise love to all people. Love is the cure for everything. Love makes you healthy and I’m convinced that one day, scientists will discover that it’s the basis of living, y ‘know? Because we should all be loving people, and that’s the key message in my music. It’s all about love and progress.”

Spiritual’s music transports us to another time, when reggae legends like Bob Marley first took the rebel sound of Jamaica to a worldwide audience. Authenticity can be heard in every note, but then it’s coming from the same source – not only musically and culturally, but even the same ghetto communities of West Kingston. Spiritual was raised in Allman Town, and sang in his local choir before embracing Rastafari. He was orphaned at an early age, and could have joined the throngs of young hopefuls at any number of studios and sound-systems scattered throughout the city. Instead, he shunned fame and helped to heal the broken society around him by counselling the poor and needy. Music was in his blood and he continued to write songs, but Rastafari was his true calling.

Awakening is his debut album, and arrives just as reggae music is resurgent in its homeland again thanks to artists like Chronixx and Alborosie. The latter shared Spiritual’s breakthrough hit Marathon and introduced him to Clifton “Specialist” Dillon, who has also guided OMI, Shabba Ranks and other well-known artists to international success, including Alborosie himself. Under Specialist’s direction, Spiritual has been able to realise his musical vision at last, and deliver an album that can stand alongside the seventies’ classics that inspired him as a youth.

There are traces of Burning Spear and Culture in his voice, whilst the songs hark back to an era when artists were judged on their integrity, both musical and otherwise. Spiritual lives by the same principles, and doesn’t imitate. He writes original songs of meaning and depth, and then records them in a studio with “live” musicians, including horn and lead guitar players, percussionists and backing singers. Reggae music hasn’t sounded like this for a generation – not since Jamaica catch a fire and two sevens clash. It’s music with one pants’ leg rolled up and love in its heart, bearing messages for all nations, and the timing of Spiritual’s emergence was flawless.

After Marathon came My World and Freedom Fighters, which was a rallying cry for the faithful. Right from the start, Spiritual’s music gave us hope and uplifted the spirits, which is how he got his name. Any doubts that he wasn’t among the most thrilling roots reggae discoveries of recent times were then swept aside by the release of Stand Up To Rasta. Now a highlight of the new album it’s a magnificent song of awakening, and sung by an artist reborn.

“I’m a spiritual person, and I like songs with spiritual messages in them – songs about life and our place in it, and that make you think about what you’re doing,” he explains. “I write songs that are supposed to make people feel good about one another, and that can show you something positive about life.”

His songs have power and resonance, no matter the subject. He’s teaching black history on Free Africa, Ethiopia – paying tribute to the birthplace of Emperor Haile Selassie I – and Black Man Story, which is sung over a joyful rockers rhythm. Time Has Come is a call for revolution whilst Liberation features Iba Mahr, singer of Diamond Sox and a linchpin of Jamaica’s new roots scene.

“I’ve been around Rasta people from when I was very young, and have always felt drawn to what they were saying and their way of life,” says Spiritual. “It’s something that’s coming from deep within the culture of the music but we’re seeing plenty of newcomers embracing Rastafari now, like Iba Mahr. He’s showing you what the new generation have to offer, because a lot of these younger artists are singing some good songs also.”

Little is known about Spiritual’s early life. His songs however, reveal a great deal about his character, and also his intentions. Profound lyrics, sticky, hypnotic rhythms and first-class production prevail throughout this impressive debut, whether he’s singing of black man redemption – on Show Me The Way, shared with Gladiators’ lead singer Droop Lion – or upholding his Nazarene vow on Where Is The Love? He’s offering invaluable advice on Give Thanks And Praise, whilst Rule Di World asks us to consider what we’d do with unlimited power. Would we remain vigilant and hold fast to our beliefs, or succumb to temptation? Mankind can live by lyrics such as these but Spiritual’s also a realist, and a compassionate one at that. Live Righteous is a warning not to judge others, whilst assuring us that “no one is perfect.” We just need to try and live righteous, and remember to praise the Almighty since “seeds of discouragement cannot take root in a grateful heart.”

That’s a line from the rapturous Want No More, whilst Tell Me Who is a list of inspirational figureheads that includes names like Nelson Mandela, Moses, Bob Marley and Jesus, whose true raison d’être informs The Lamb.

The majority of these tracks were recorded between Specialist’s studio in Half Way Tree and Bobby Digital’s. That’s where former single My World originated and whilst it’s not on the album, that particular song is a Spiritual manifesto of sorts, outlining the importance of personal choice. 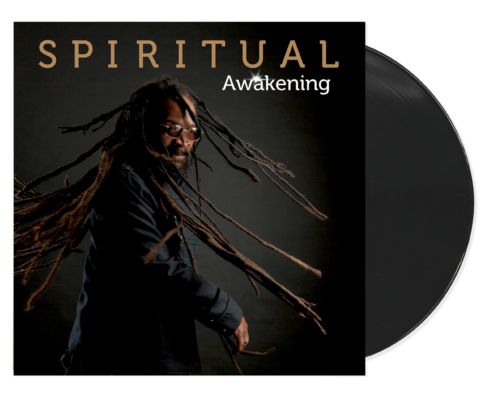